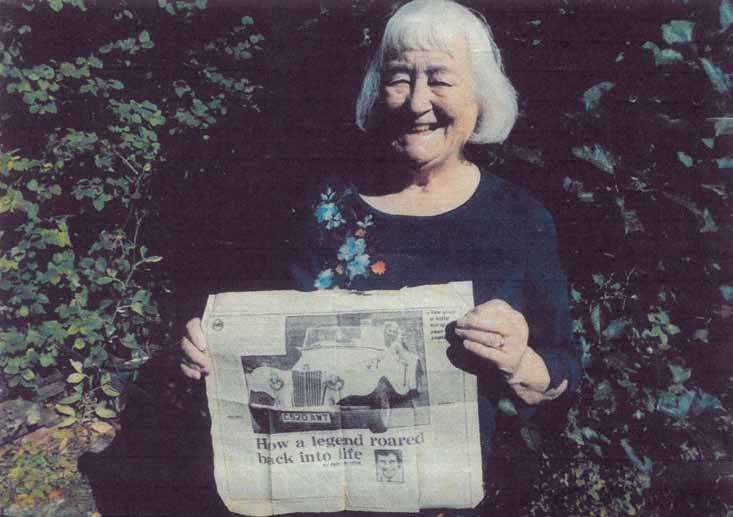 Back in a bygone era the Sunday Express ran a Sunday motoring page March 23rd 1986 and my wife Liz told me her dream car was the one that featured that week which was the Naylor.

Unbeknown to me she had cut out the page and kept it in the bottom of a drawer somewhere in the house. As a full time head teacher in a local primary school some miles away the daily commute was initially in a Honda Civic S, followed by a succession of Vauxhall Corsa SRI’s as Norfolk roads favour narrower vehicles when confronted with the JCB tractors or combined harvesters. Meanwhile I had had a fling with Hondas Accords! Civic Coupe’s and an S2000.

The current “truck” being a Honda CR-V. A decision to sell the Honda S2000 last summer was made as I am the only driver now, as alas Liz’s eyesight gave up some years ago and she was advised not to renew her Driving Licence. Of course selling the Honda prior to the hottest summer we have had in ages was somewhat annoying! Of course “male depression” set in following the sale of a “rag top”. To alleviate the symptoms we went to look at various convertibles all to no avail. And then the “Eureka” moment whilst trawling the Autotrader pages. Brian & Diana Kennedy had advertised their car for sale. I made contact and arranged to go and see it on possibly one of the worst days of the year in torrential rain, and road works around the Birmingham ring road. Yes on arrival it was everything and more than expected I guess it’s the “wow” factor and that instinctive feeling that it was “right” for us.

A short spin in the drizzle confirmed it started and stopped and the wipers worked!! And so we agreed on the sale, after Diana had plied us with fresh ham rolls, I guess that clinched the deal! I engaged a company called Classic Car Haul to pick it up and bring it back to its new home in deepest darkest Norfolk, as I figured the M42/M6 would not be the place to find out what all the switches do!! They did a superb job picking up and delivering when they said. So I guess the car is the star now, with friends and neighbours drooling over it! I have had invites to the local MG club “natter” evenings as well as now joining the Naylor band of brothers. On pretty well our first venture out to visit my sister at Gt Barton I had Freda ring me to say the car had been spotted in Gt Barton as Ian Morgan had obviously been doing a bit of curtain twitching, and knew it was “the Kennedy car” in a strange territory.

Proving you can run but you can’t hide. So now we are fully paid up members of the Naylor Car Club, and what a lovely bunch of people to mix with and enjoy the ownership of a really iconic car. And yes for Liz after all these years her dream really has come true even if the paper cutting has faded and has gone brown, and alas she can no longer take the wheel, we can both enjoy the thrill of the Naylor ownership so thank you Alastair for making an old lady very happy!!